Skip to content
Edge-on boxes with X-features as parts of galactic bars – NGC 352: A direct piece of observational evidence 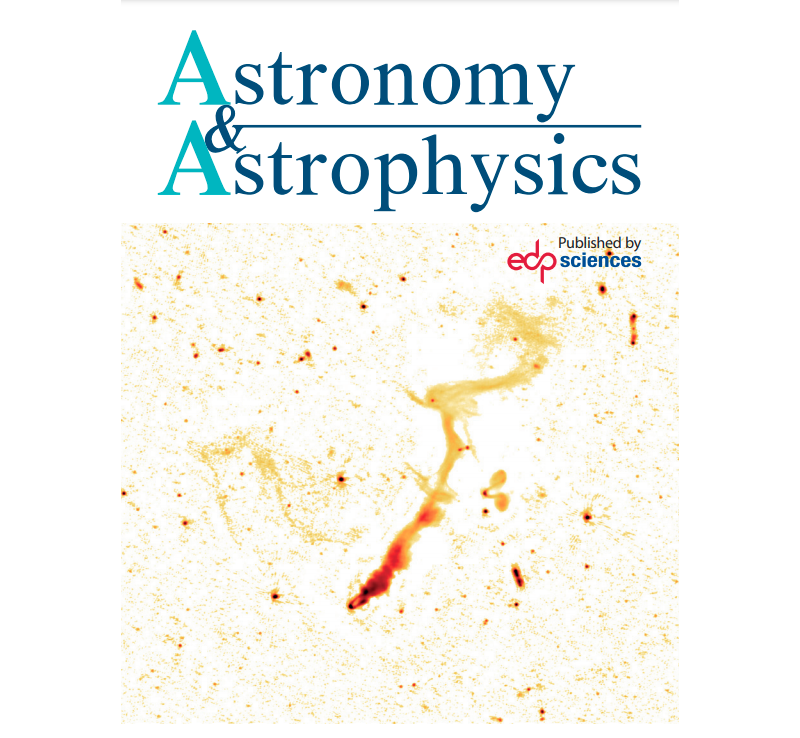 Context. This paper is a contribution to the discussion about whether the X/peanut component is part of the bar, or the bar itself.

Aims. Our goal is to present a clear-cut case of a barred-spiral galaxy in which all structural components (i.e. the thick and thin part of the bar and the spiral arms) can be observed in its image and their dimensions directly measured there.

Methods. We obtained deep images of the nearby galaxy NGC 352, which has an ideal inclination allowing us to observe all of the parts that compose its morphology, estimate their relative sizes, and determine the topology of the luminous matter of this galaxy. We successfully compare our findings with the existence and the relative dimensions of the corresponding components encountered in the disc of a GADGET N-body model.

Results. NGC 352 is a barred spiral galaxy with a bar of about 13 kpc radius. Its bar has a central thick part that extends up to a distance about 5 kpc from the centre of the galaxy along its major axis, while its thickness reaches a height of 3.8 kpc. Thus, the thick part of the bar occupies the central part of the bar component, and its length is about 40% of that of the thin bar. The branches of the X-feature are characterised by the presence of ‘hooks’ at their extremities. The profile along the major axis of the bar is characterised by the presence of ‘shoulders’, the end of which is associated with local surface brightness enhancements on the equatorial plane. A central disc with a spiral-like feature embedded in it dominates in the innermost 1.7 kpc.

Conclusions. NGC 352 offers a case in which we directly observe that the X/peanut component is unambiguously part of the bar. This boxy structure is neither a separate bulge component nor the bar itself. The relative extent of the peanut with respect to the bar is well inside the range predicted in the majority of the simulated N-body bars. The hooks of the X-feature and the local surface brightness enhancements on the equatorial plane have their counterparts in surface density features of models based on the orbital theory, as well as of models based on response calculations and of fully selfconsistent N-body calculations.