On July 23, the IAASARS telescope team together with two optical engineers from ESA began to install the newly shipped equipment, which will make Helmos Observatory the first ground station for the ScyLight program. This equipment was designed and built especially for Aristarchοs by ESA scientists with the aim of monitoring and recording information that will be sent by satellites, using an optical laser, to a detector installed on Aristarchos.

The team installed a small telescope on the side of the Aristarchos telescope, which will send the laser signal to the satellite. An appropriate optical system was also used to accurately align the small telescope with Aristarchos. On July 26, the team successfully aligned the detector’s optical system with the telescope’s optical axis and obtained the first image of a star through the new detector, therefore first light was achieved! The alignment of the small telescope with the optical axis of Aristarchos was also achieved during the night. Over the next few days, the team aims to couple Aristarchοs with the Alphasat satellite, the largest European telecommunications satellite that exists today.

Helmos Observatory will be the first ground station of this pioneering European program that is expected to revolutionize communication technologies. 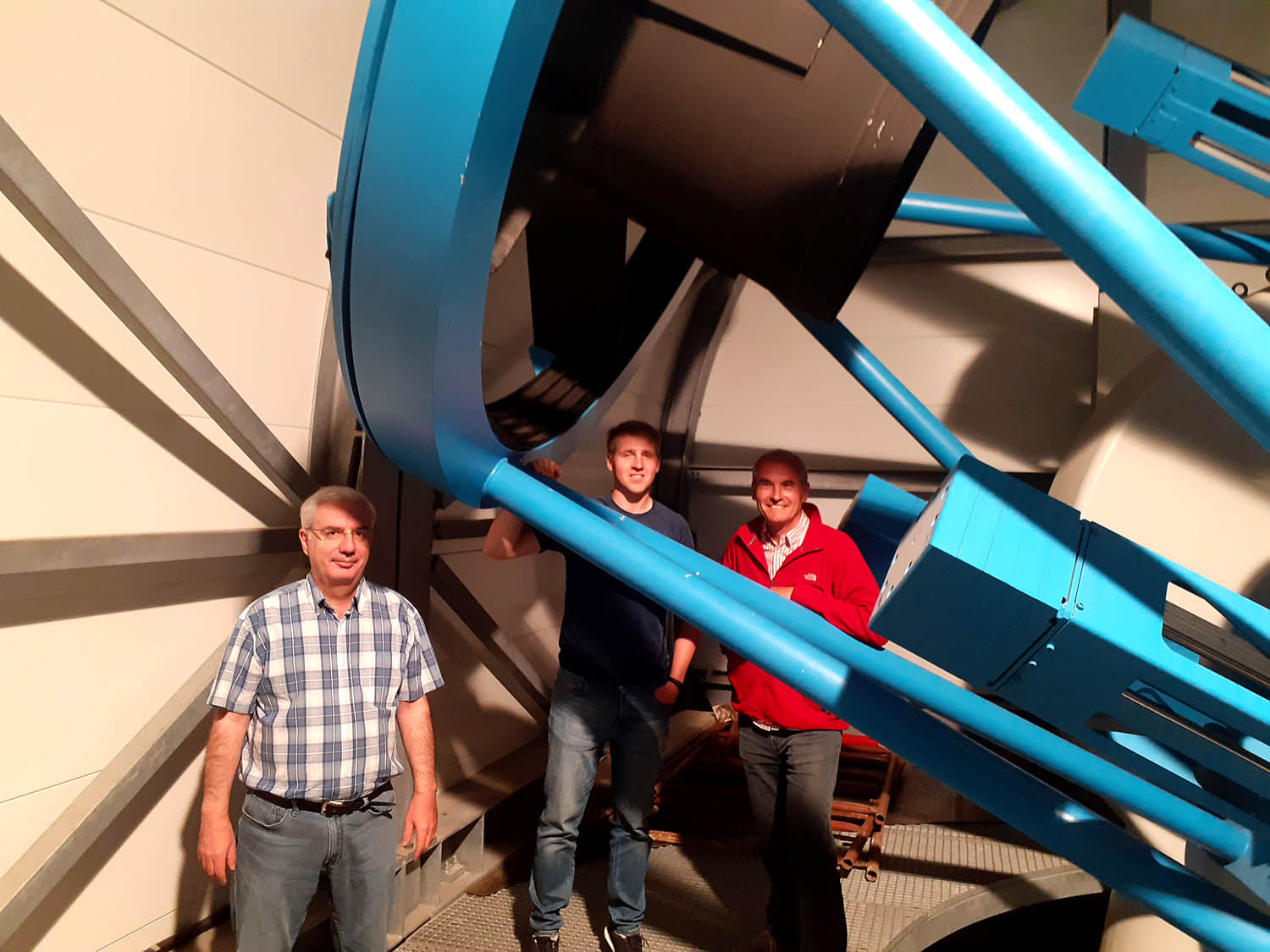 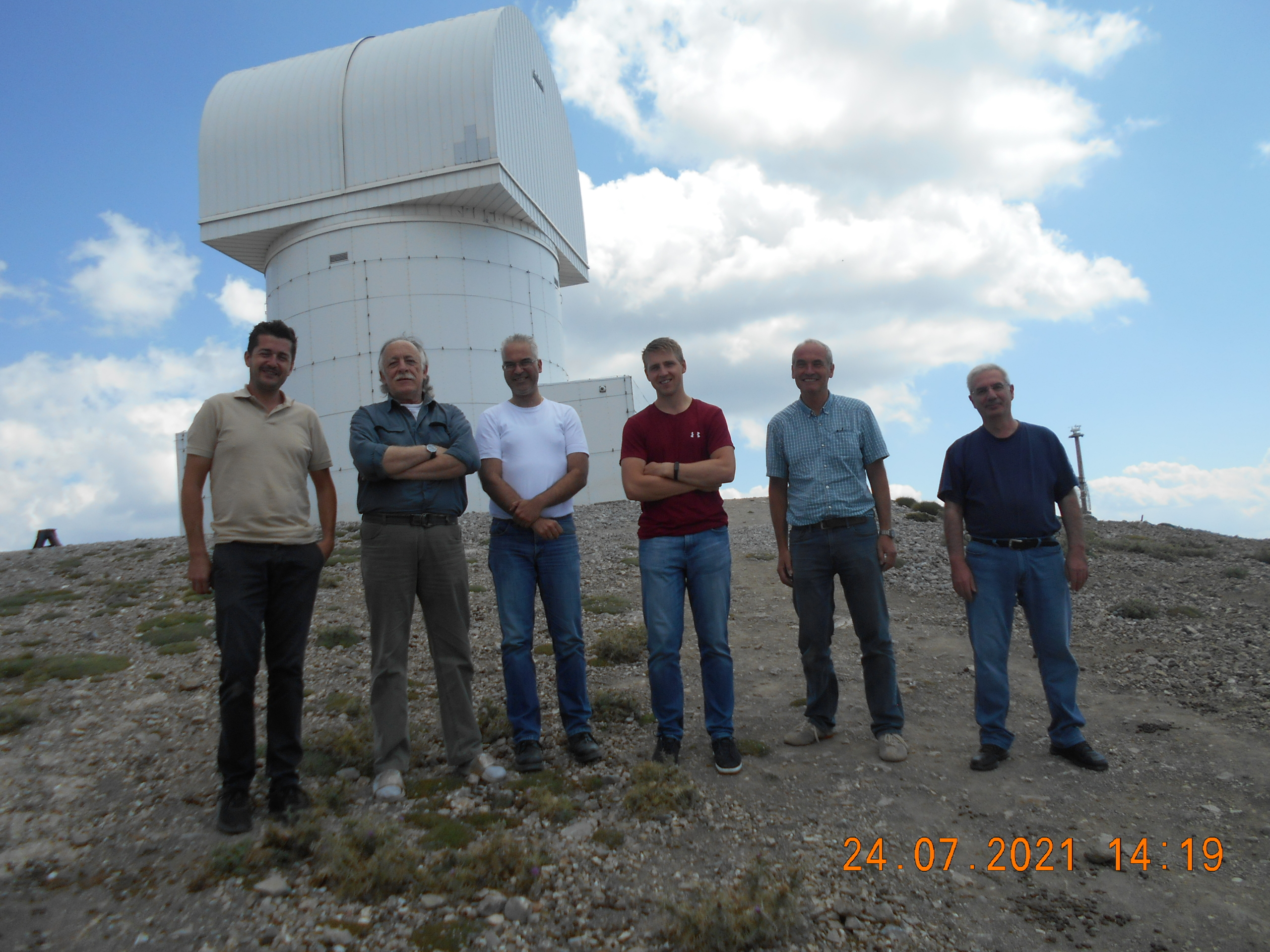