In April 2020, a scientific paper (https://arxiv.org/abs/2004.06622) was published in the Astronomical Journal by an international team of researchers led by Benjamin F. Cooke. The work concerns the discovery of two new exoplanets of the type “Hot Jupiter” (Hot Jupiters) around the stars codenamed WASP-150 and WASP-176. These stars have a mass and radius slightly larger than our Sun. Planet WASP-150b has a mass 8.5 times greater than Jupiter, and has a period of orbit around its parent star equal to 5.6 days. Planet WASP-176b has a mass less than Jupiter (0.86 0.86 MPa) and a orbital period of about 3.9 days. The distance of the stars from the Earth is about 1800 light years, while their planets are gaseous and at distances very close to their stars.

The ARISTARCHOS, equipped with the RAPID IMAGING SEARCH FOR EXOPLANETS 2 (RISE 2),  was used in 2018 to observe the star WASP-176 in conjunction with other data collected from other telescopes, contributed to the discovery and characterization of WASP-176 as an exoplanet by the method of transits.

From the Greek side, and specifically from the Institute of Astrophysics, Astronomy, Space Applications and Remote Sensing of the National Observatory of Athens, Dr. Panagiotis Boumis and Dr. Alexios Liakos participated as observers. Save 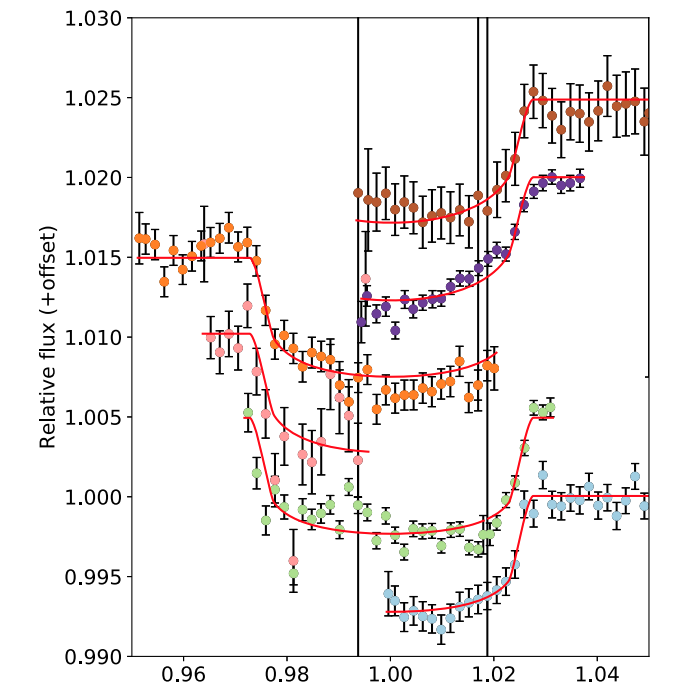 The transit curves of the WASP 176 exoplanet as observed by various telescopes and published in the work. The last curve is from the RISE2 instrument of the ARISTARCHOS telescope.