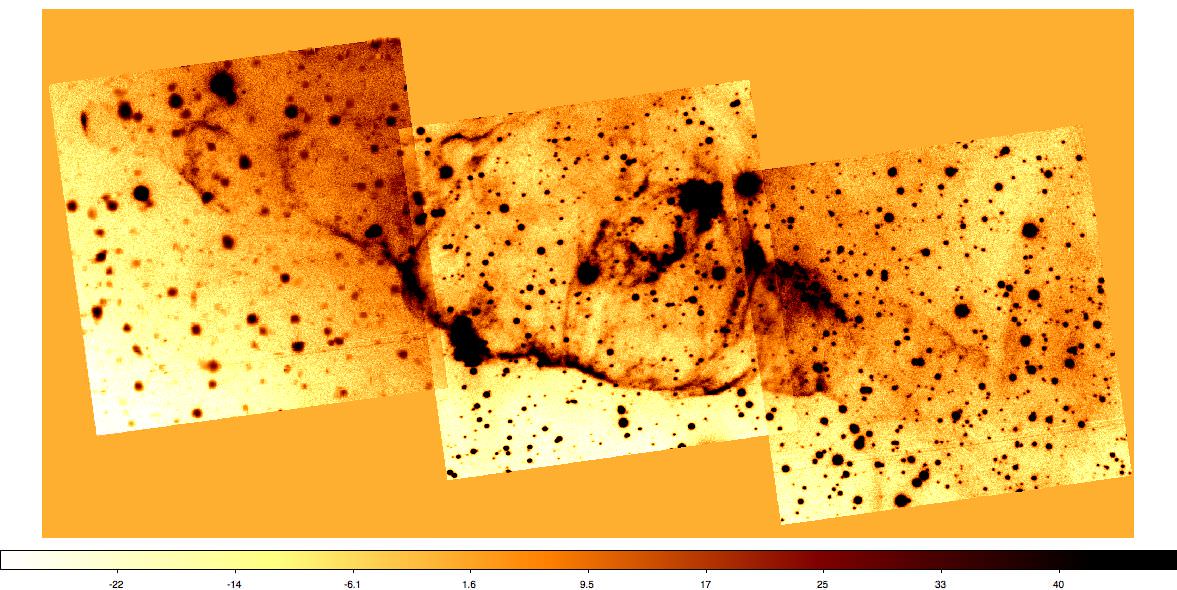 Image Caption: An image of the giant lobes of the planetary nebula KjPn 8 in the light of the emission lines of hydrogen and singly ionised nitrogen, obtained with the narrowband camera on the new 2.3-m Aristarchos telescope. Detailed measurements of the lobes have allowed the determination of their expansion velocity, distance and ages. The results indicate their origin in a remarkable eruptive binary system. Credit: P. Boumis / J. Meaburn

While looking at the demise of a possible binary star system, researchers Panos Boumis of the National Observatory of Athens and John Meaburn of the University of Manchester, set out to photograph this enigmatic study with the narrowband imaging camera onboard the Aristarchos telescope. Their target designation is planetary nebula KjPn8, and it was originally discovered during the 1950’s Palomar Sky Survey. What makes it out of the ordinary is two huge lobes, measuring a quarter of a degree across, which surround the system. This artifact was researched by Mexican astronomers at the San Pedro Martir Observatory some four decades after its revelation, but it wasn’t until the year 2000 that the Hubble Space Telescope uncovered its central star.

Dr. Boumis and Prof. Meaburn began to study this ancient cosmic artifact, concentrating on measuring the expansion with utmost accuracy. Through their work, they were unable to uncover the system’s distance and trace the history of the lobes through time. What they discovered was KjPn8 is roughly 6,000 light years away and the lobes of material have three epochs: 3200, 7200 and 50,000 years. According to the research team: “The inner lobe of material is expanding at 334 km per second, suggesting it originates in an Intermediate Luminosity Optical Transient (ILOT) event. ILOTs are caused by the transfer of material from a massive star to its less massive companion, in turn creating jets that flow in different directions. We believe that the core of KjPn8 is therefore a binary system, where every so often ILOT events lead to the ejection of material at high speed.”